Gymshark Analysis – How Successful Are They Really?! 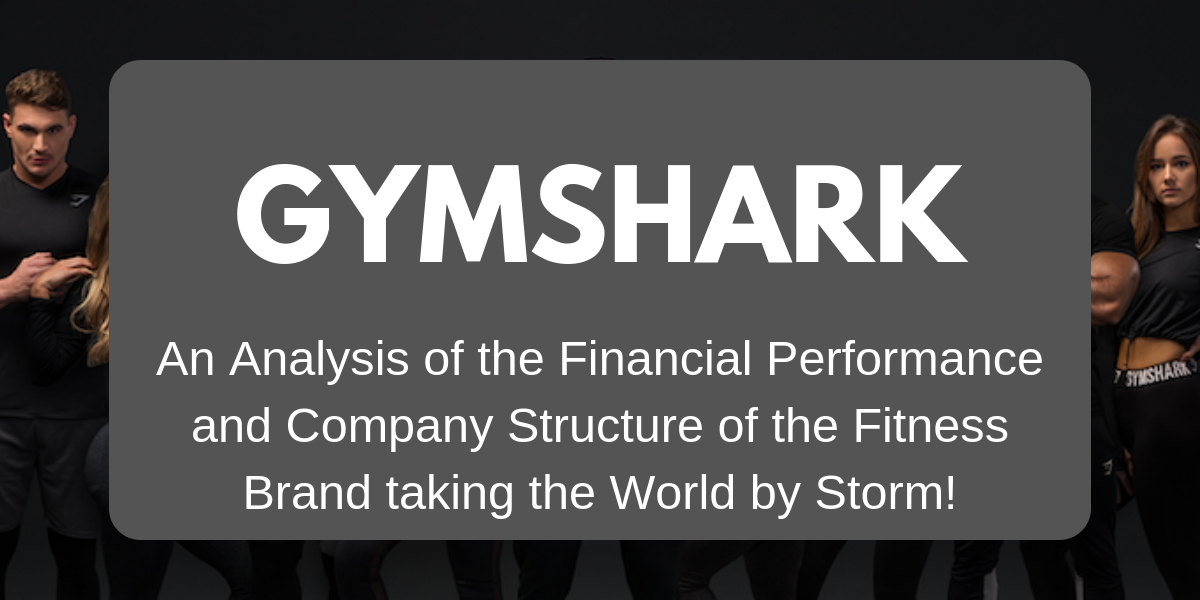 Gymshark was originally started by two founders who created the product in their parents’ garage at the age of 19.

During this period of time, Ben Francis (founder) was a full time student in Birmingham, while he also delivered pizzas at night in order to finance his passion.

Between delivering pizzas and University work, Ben would try and respond to Gymshark emails, make changes to the website and update stock.

Lewis Morgan was also a founder of the Gymshark business, but has left his Gymshark days behind a few years ago to pursue other business goals, but still remains a shareholder in the company to this day. In order to pursue his other objectives, Lewis sold more than 50% of his shares within the company, and during this time Gymshark when through a restructuring of the directorship of the company.

Most of Gymshark’s success is due to their usage of influencer marketing on Social Media platforms. They have been able to place their products on popular faces (or bodies) on Instagram and YouTube allowing them to promote their products. These individuals will often receive a cut of the sales if customers use their unique code when purchasing products from Gymshark. 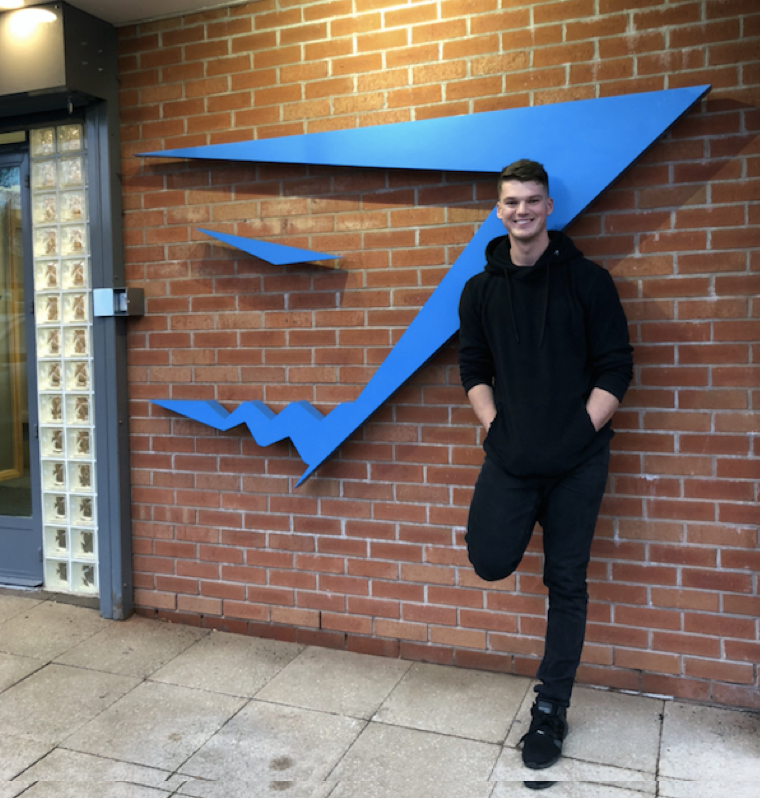 It is pretty difficult to come across any negative press or viewpoints regarding Gymshark as a company. There generally aren’t any complaints about how they conduct themselves as a business, and their employees are generally happy to work there. In fact, GlassDoor has a 4.7/5 rating from employees who have worked for Gymshark in the past.

It is important to note that it is impossible to find any company where all of the workstaff love what they do, therefore, I would take this viewpoint with a pinch of salt. It is also difficult to verify its legitimacy.

It may be worth noting that Gymshark have seen a significant number of their Social Media influencers leaving the brand. Often to start their own brand outside Gymshark.

Are Gymshark Products Any Good?

Go into any gym in the country, and you will likely see at least a few people wearing Gymshark. Seeing girls dressed head to toe in Gymshark-wear isn’t a rarity throughout the world. However, are their products any good? Or are they all just hype?

As a man, I have tried a few of Gymshark’s products. They’ve always been fine quality-wise, but a bit overpriced for what they are. The products I’ve tried haven’t been anything special, and to some extent I feel as though the price is simply inflated to pay the price of the expensive Social Media stars.

My girlfriend also regularly wears Gymshark apparel (mostly their leggings). These leggings can go for £35+ normally, and it is hard to claim that the quality or product is superior to leggings which are at a slightly cheaper price point.

All this being said, Gymshark products aren’t bad. However, they’re overpriced and a bit overhyped. There’s an element of elite-ism triggered by wearing Gymshark clothes in the gym.

The marketing tactic of Gymshark means that customers often have to rush to the website in order to grab new releases. They have created a fanbase mentality which means that they can warrant their high prices. Personally, I would only buy Gymshark during one of their annual big sales. I’m yet to pay full price for any Gymshark items, and I doubt I’ll start any time soon.

I read an article recently by Grace Kinirons which breaks down the difference between Gymshark and other more budget brands. She seems to come to the same conclusion; quality is okay, but highly overpriced.

The information I am going to display and discuss within this financial review is based on Gymshark’s latest publicly released financial statements as at 31/07/18.

Gymshark’s main goal for this year was to focus on growing their markets internationally. The main focus of this was to create specific websites for specific territories. Have you ever noticed if you go on the Gymshark website from your location, they will have a special website dedicated to your location?

During the year, the company moved to their new HQ in Solihull, which would have come at a significant cost for the business.

They have found a lot of new entrants into the marketplace in the past year which has caused some strain on their goals, but they believe that their market presence and brand awareness can overcome this as a possible issue in the future.

Overall, Gymshark revenue was £103(m) in 2018, which was an increase of 157%, which is obviously incredibly impressive growth.

Overall, many of their expenses have grown in line with their revenue growth, with cost of sales only wavering slightly compared to 2017, but operational costs improving slightly. The increase in cost of sales could likely be due to an unfavourable movement in FX rates during the year. Due to their increased revenue, it is more likely that they are increasing their order numbers and should be gaining better economies of scale benefits.

It seems as though for the first time, Gymshark is taking advantage of taking on finance leases and hire purchase agreements. The financial statements do not clearly state what these relate to. However, they have a £40k cost of interest payments related to this during the year. This could suggest a change in mentality for the company in terms of how they finance some of their assets.

Wages and salaries more than doubled during the year as well, despite an increase from 100 staff to 139. This would suggest a significant increase in the salaries earned by individual employees. Potentially it could be assumed there were more executive hires during the year due to the significant growth that Gymshark has seen. However, the managerial positions stayed the same (3), while administrative positions increased to 136. What is actually the case is that the 3 key management personnel received a significant rise in salary. They were paid a total of £968k in 2017, compared to the £6.2m expense for management in 2018. This increase far exceeds the increase in revenue during the year. There is likely more to the increase than is explained within the financial statements. However, it will be interesting to see the financials released for the 18/19 year, and see if this increase reduces again. It seems unlikely that the 154% increase in revenue that Gymshark saw this year will continue year-on-year.

The highest paid director in 2017 was 550k, compared to the £1.7m in 2018. It seems as though Gymshark are paying their executive team an unreasonably high remuneration considering the revenue of the company. I would understand if the firm was closing in on a billion in revenue (or more…). However, paying directors almost 5% of the revenue of the company does not seem like a logical decision for long term success, especially of such a relatively young company with so few employees. This has the potential to create resentment amongst the working staff. Especially when comparatively, they earned on average of £31k during the year (£4.3m/136).

As mentioned previously, Gymshark had moved into their new HQs in 2018. This saw a total addition balance of £4.2m to Land & Buildings as well as Plant & Machinery. Once again, a significant cost to the company. It is possible that a chunk of this balance was utilised in the creation of further distribution/warehouse points globally.

This shows that Gymshark have brave plans for growth and increases in their revenue. Assuming these aspirations can be met, I would expect to see a significant increase in revenue in 2019. However, it is difficult to asertain when this stock was bought and whether they may in fact be struggling to turn stock over, leaving them with a large closing balance.

Clearly Gymshark are doing very well as of their 2018 year end. They’re very ‘cash rich’, with potential for a lot of growth in the future.

The only issues I would note would be regarding the significant increase in managerial and executive fees, which have grown far beyond the rate of revenue during the year. 2018 was a significant increase, likely driven by the restructuring and huge investment of the company. I would be hesitant to expect such significant growth again next year as well. The increase in salaries/remuneration may have been a one off to celebrate the impressive year, and I will be interested to see how this changes in the future.

I am slightly worried about their stock levels. I know they’ve opened their new HQ and warehousing, so they can likely store far more stock. However, only time will tell whether this large increase of stock held is down to a future planned sale of stock, or whether they’re unable to shift it.

If you wish to analyse these financial statements, they are publicly available on the company’s house website.

Will Gymshark Have an IPO?

IPOs have been a hot topic as of late, with Lyft and Uber recently taking their shares to market. However, will Gymshark be looking to have their IPO and will you be able to buy shares in Gymshark in the future?

There is nothing to suggest they have immediate plans to launch an IPO, but they definitely have the financial ability to. It would seem to next logical step. However, would they be a wise investment?

I think they have potential in the short term, but I’m always hesitant backing a hype-related brand, as the hype is always likely to die down.

They wish to compete with the ‘big-guns’ in Nike and Adidas, however, they just don’t provide a wide enough product base to compete with them entirely. I suspect we may see more growth from Gymshark next year, but the success will level out beyond 2020. There’s a limited number of social media influencers for them to add to their stable, and we’re also seeing a large number of these key influencers leave Gymshark as well.

Take a look at my write-up about whether I believe NuSkin is a scam!