There are many famous (or infamous?!) Pyramid Schemes which have appeared and disappeared over the years. I decided to create a little post which breaks some of these down, as well as some information about what brought their demise.

Over time, I will add more to this list as they close their doors due to regulation. I will also include some here who I believe to be strong contenders as “Pyramid Schemes in Disguise”.

Burnlounge was founded in 2004 at the height of the illegal download era for music – they offered the opportunity for people (including major musicians) to own their own music store.

The set up was as follows: open up a website storefront, with a subscription fee to keep it open. Then, sales that you made were not paid in cash, they were paid in “Burnlounge Points” which could be spent against BurnLounge products only.

These points could be exchanged for cash, but there would be a fee attached to that.

The fact that you had to pay in order to sell the product, and then would gain bonuses for recruiting members meant that the FTC very quickly handed the company a order to close their doors. There was a $17 million payout to refund customers who had been scammed by BurnLounge upon their closure.

Fortune Hi-Tech Marketing were set up in Kentucky in order to entice people into selling a variety of products made by Dish Network, Cellphone providers, Frontpoint Home Security, and various health and beauty products.

Unfortunately for Fortune, they met their downfall in 2013 when the FTC deemed that they were indeed a Pyramid Scheme!

The sales people who worked for Fortune Hi-Tech Marketing made the majority of their money from recruiting others to work under them, which is the key marker of a Pyramid Scheme. It was estimated by the Federal Trade Commission (FTC) that more than 350,000 in the US and Canada had participated and been duped by the scheme.

The scheme involved payment of anywhere between $100 and $300 in annual fees, with additional payments required in order to achieve more beneficial commissions and bonuses.

The operators of Fortune Hi-Tech Marketing were ordered to pay $7.75 million back to the individuals scammed by their system, and were banned from participating in any further Multi-Level Marketing style businesses in the future.

United Sciences of America specialised in the sale of nutritional supplements to help individuals lose weight and control their calorie intake. Remind you of anything?

The scheme was originally ran out of Dallas Texas in the 1980s, and focused on ailments such as AIDS and Cancer, and claimed their products would help them,

NBC news ran an expose on United Sciences of America, which brought to light their sketchy advertising campaigns and downright fraudulent claims. Further to this, it was also found that the advisory board for the company were paid consulting fees of up to $20,000 and a further limit of $100,000 in grants.

Three states in the US disagreed with United Sciences’ claims and ordered them to change in 1987. This led to advisors leaving the board and it was the beginning of the end. People wanted to distance themselves from the brand, and claimed that they were not involved with information and quotes from the company.

Business in Motion doesn’t tell you much about the product or service offered, does it? Well, essentially this Pyramid Scheme was founded in the middle of the 2008 recession in Canada. The premise was that financially struggling Canadians were able to sell cheap vacation club packages, and make a claimed $100,000 per year.

As you can imagine, the reality wasn’t quite as glorious…

First of all, there was a $3,200 entrance fee in order to get involved in the “Ultra Life” (that was the name they gave to group members). It was claimed that once you had entered, you could earn a $5,000 commission for every package sale.

Amway is the largest and most profitable company on this list and sits alongside Herbalife as one of the kings of the direct-selling or “Multi Level Marketing” world. They have frequently been the recipient of accusations for being a Pyramid Scheme, and investigated numerous times in their history since being founded in 1959.

In 1979, the FTC famously ruled in their favour, concluding that Amway was not a pyramid scheme because distributors were not paid specifically for recruiting distributors. This, unfortunately has set a legal precedent in the court of law that still stands today, which has caused a large loophole for MLM companies to utilise and get around the label of “pyramid scheme”.

Despite being cleared by the FTC, Amway were required to make some changes to their business model. However, despite this, it was overall a significant win for Amway, and has benefited the MLM industry tenfold since.

They have been targeted outside the USA, with Robert Todd Carroll (author of The Skeptic’s Dictionary) claiming that Amway was simply a “Legal Pyramid Scheme”.

In 2010, they received a class action lawsuit filed against them, which led to a payout of $100 million – and included making further changes to the Amway business model. 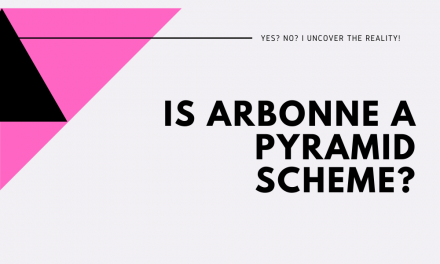 Is Herbalife The King of Pyramid Schemes? Full Business Analysis